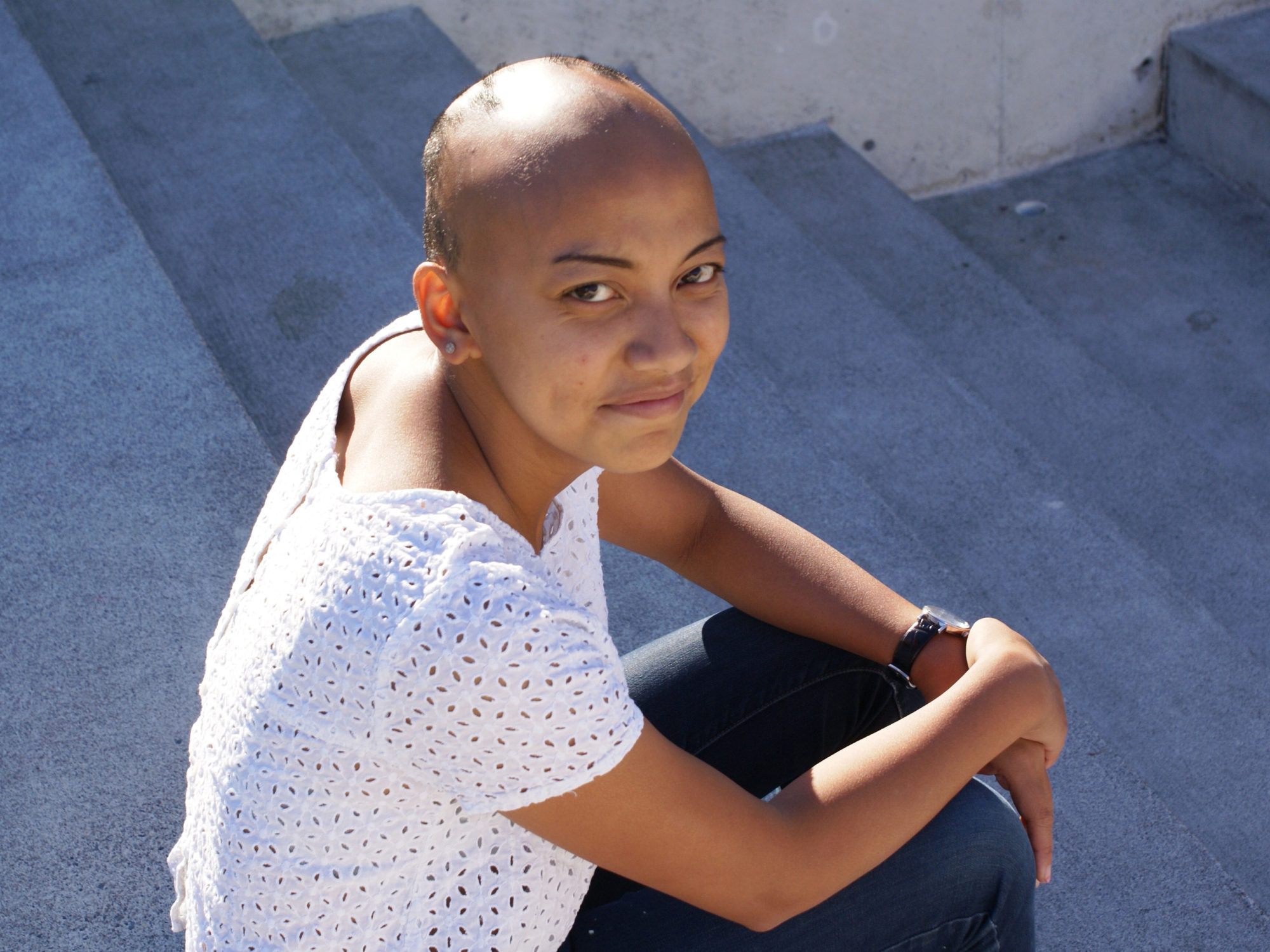 Don’t judge a book by its cover

Alyssa Cruz wakes up in the morning and turns her head. She sees a new patch of her hair sitting on her bright teal pillow. She looks at the hair and sighs. This wasn’t the first time this had happened but the third or fourth. The condition she has is called alopecia. Alopecia is an autoimmune disease which means her body is essentially creating antibodies to attack itself, in her case her hair follicles. This causes her hair to fall out in patches. There is no cure.

“I feel like people see me as a walking human hypothesis,” Cruz said. “People are constantly trying to guess what I had.”

· Fun Fact: She has two dogs, Snoopy and Bella

Twenty-one-year old Cruz is a Molecular Biology student at the University of Washington. She attended Inglemoor High School and was heavily involved with her school’s newspaper. When she started her first year she was the only sophomore in the class. Cruz later became sports editor and eventually editor-in-chief. She attended the WJEA camp three times as a student and ended up coming back to help as a teacher’s assistant.

The first time she went bald was when she was 12. She had spotted the very first patch of hair missing but didn’t think much of it. She adjusted her part so that the spot was well hidden and went along with her day, but as the week progressed she started to see that what had started as a single patch in her head had now multiplied into four. This is when she knew it was time to tell her parents. She was diagnosed with Alopecia and it has changed her life ever since. She is studying Molecular Biology to help her understand her condition.

She has gone bald five to six times, the most recent being in October of 2016.

“This time was worse just because I have had hair for three years,” Cruz said. “I was afraid of how my friends would react and that they would tip toe around me.”

Having a condition like this can be very difficult but Cruz says she’s grateful that the disease only affects her hair and that she’s healthy otherwise. Some people though may look at her and not understand.

In March of 2017 Cruz traveled to Milan, Italy. Her and her friends were out enjoying the sights when a man who spoke no English approached Cruz. He came up to her and kept pointing at her head, trying to touch her scalp, repeating “Sick, sick.” Cruz’s friends quickly told the man to stop, slapped his hand away, and told him that she wasn’t sick.

“I felt minimized. I felt like less of a person or an object.”

Her condition has now become a part of who she is and helped her see the world in a different eye.

“It’s shaped me as a person. It’s made me mindful of how to look at people,” Cruz said.