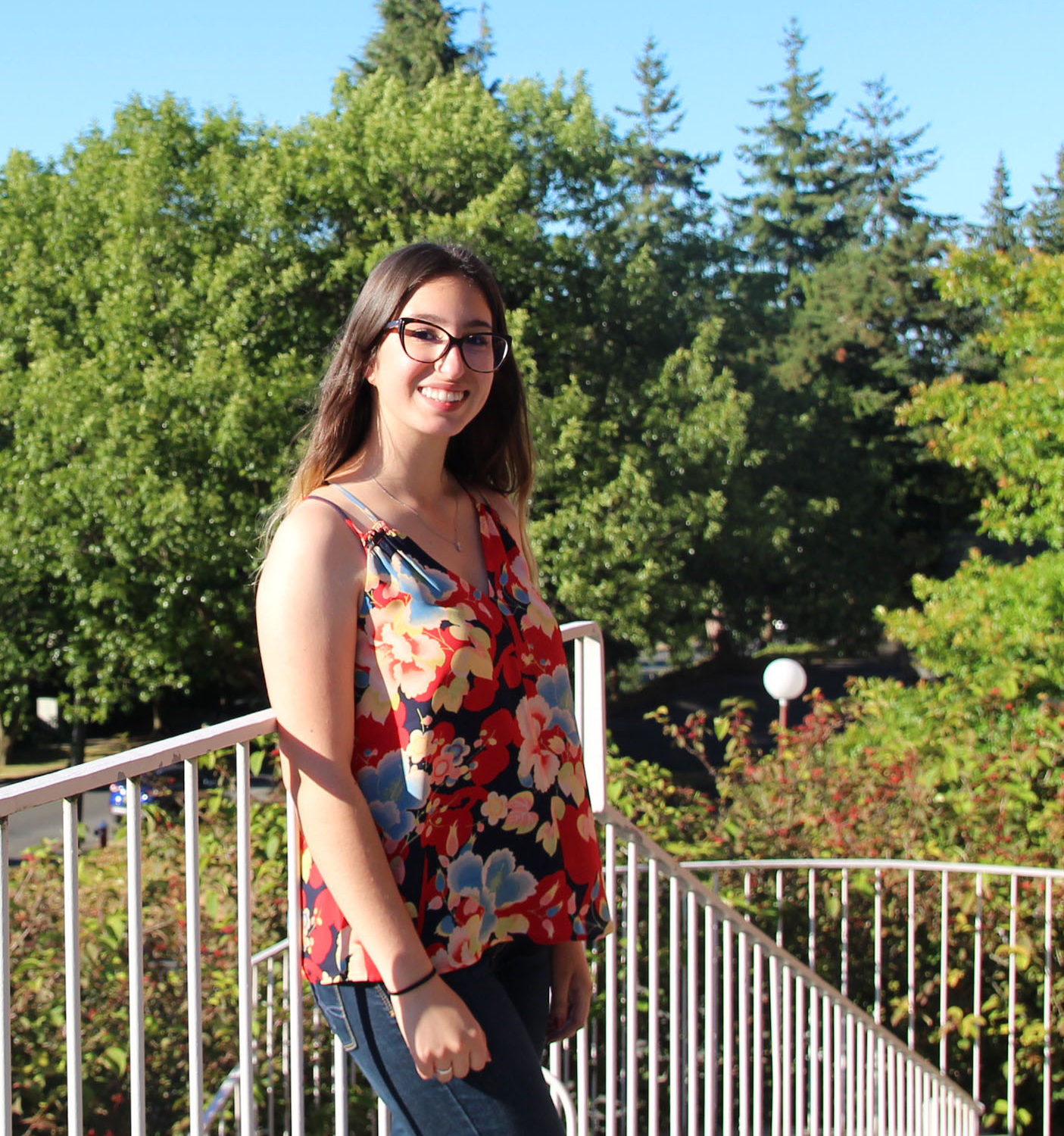 On the day of her mid high school’s orientation, Marin Nielsen nervously perused the many booths advertising clubs and activities, encouraging students to sign up. While usually too shy to join, Nielsen let the words of her mother push her forward.

“My mom had told me, ‘Look at the clubs, just try to put yourself out there,’ ” Nielsen said. While she didn’t know it then, this mantra would propel her to find multiple passions in life.

· Fun Fact: She is a law secretary

Nielsen is now a senior at Lake Stevens High School, and the editor-in-chief of her school’s monthly newspaper, The Valhalla. This weekend, she’s attending the editorial leadership class at the Washington Journalism Education Association’s summer workshop in Bellingham.

While she didn’t know it at the time, signing up for Drama Club would lead her to discover a passion for performing.

“I just had a lot of fun within that and I performed in the musical later that year, and that really inspired me to put myself out there more my ninth-grade year,” Nielsen said. “I think that’s when I really blossomed.”

Nielsen was admittedly shy during elementary school, but by middle school, she had become adept at leaving her comfort zone.

“I met my best friend in sixth grade when I didn’t know anybody in the class, and I went up to the first person I saw and I said ‘Hi, I’m Marin,’ ” Nielsen said, “and he tells that story to everyone, because he thinks it’s hilarious.”

Nielsen’s ability to put herself out there didn’t just end with friendship. As she continued doing drama, Nielsen found a means of self-expression that she would remain passionate about for years to come.

“I never stopped wanting to do drama, it was just my sophomore year I got very busy because I’m an AP student, [and] I started just focusing on class work a lot more,” Nielsen said. “I was going to audition my sophomore year; however, it just never really worked out because of timing.”

Two years later, sporting a large pair of tortoise-shell glasses and a floral top as bright as her personality, Nielsen recalled the emotional toll that leaving drama took.

“At the time, it really felt like I was losing an outlet. I wasn’t able to express myself in that performing arts way,” Nielsen said. “To some degree, you can communicate through music like that — in a fairly personal way — but it’s not my thing.”

After losing her ability to use drama to express herself, Nielsen was forced to find other ways to do so. While at first that meant dying her hair crazy colors, she eventually found her way to journalism — though not intentionally.

“I needed the credit,” Nielsen said, laughing. “I have always been in AP English so I was like ‘Oh, well, I know how to write, this should be pretty easy.’ ”

Through her school’s newspaper, Nielsen said she felt that she was able to communicate with the school in a way that suited her: through her words.

Eventually, her school’s performance of “The Music Man” allowed Nielsen to combine her knowledge of theater and her skills as a journalist to write a review that was more meaningful than most.

“I remember after it was published my adviser went to go see the musical after reading my article, [and] she pulled me aside and she said, ‘You know what? You nailed it. Everything you said was 100 percent right about that,”  Nielsen said. “It was really awesome.”

Looking back on her experiences, Nielsen gave one piece of advice that she said she wished she had could have taken years earlier.

“I’d say to put yourself out there, like step outside your comfort zone,” Nielsen said. “Your life can change with just being like ‘Hey, I’m so-and-so.’ ”