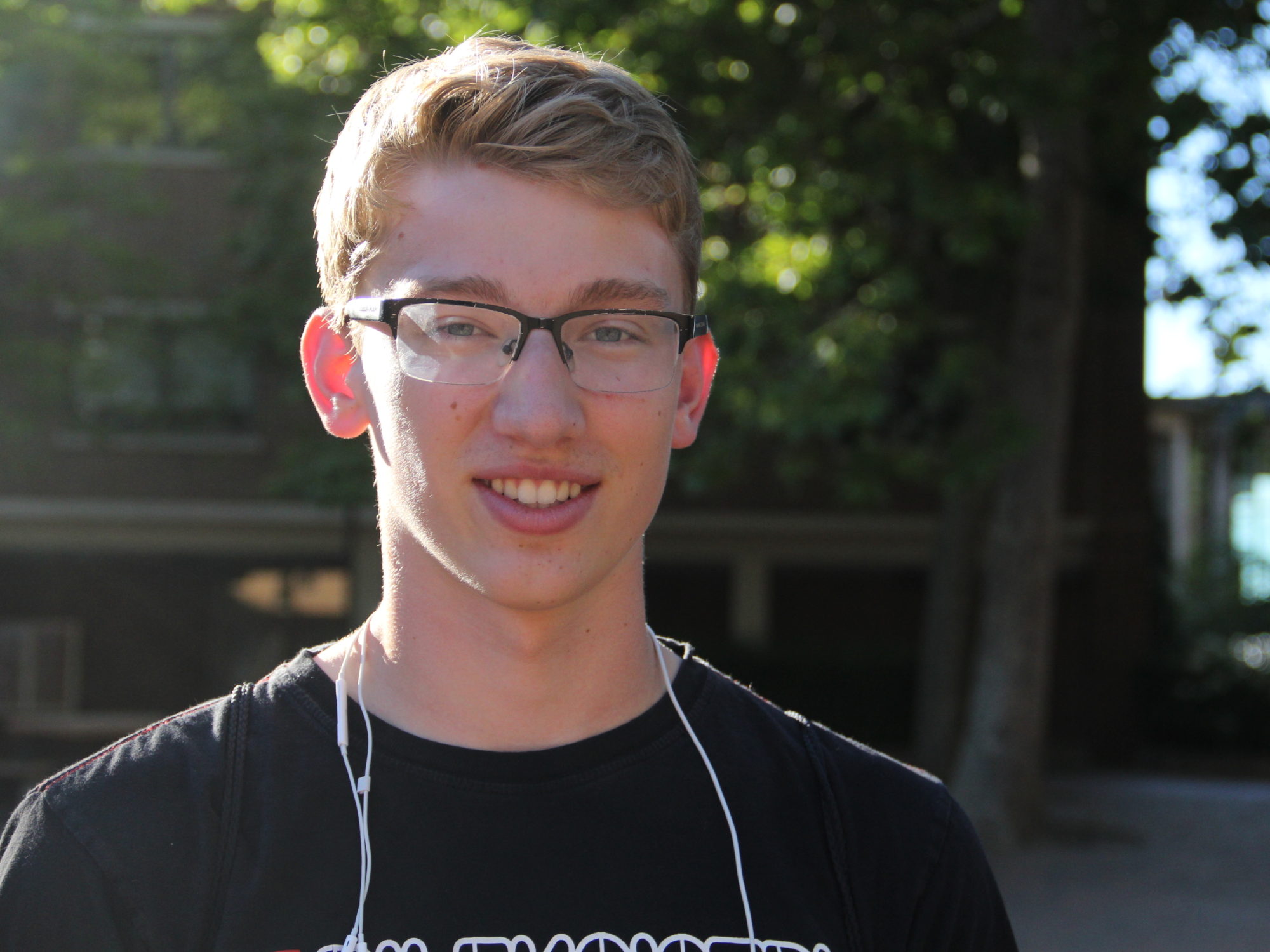 Anacortes senior Eli Gold remembers his call to leadership when his mountain bike team was first started about five years ago.

“We were a small team back then, maybe eight bikers…” Gold said, “there would be a bunch of them who really just didn’t follow along with us as captains, and just showed blatant disrespect towards us.”

Gold, who saw this as his first step into a role of leadership, said he had a lot challenges to tackle before truly gaining the respect of his teammates.

“In order to get to some of these bike trails we use, we have to climb to get to them, and there would be a lot of complaining from that. But more important than just getting to those trails was us being in good enough shape to climb to them, along with having enough dedication to just go through with it.”

This drive that Gold possessed to push his team up surveyor’s trail would take him far in not only the world of cycling, but into the world of journalism and of leadership as a whole.

Gold is going into his final year at Anacortes High School. Cycling has been a constant in his life since the age of 4.

Gold’s parents were both avid cyclers and encouraged him when he started showing interest. He was a goalie and defender before this. It was once he started competing under the washington student cycling league just before eighth grade that he said he really fell in love with cycling, wasn’t long before he had completely abandoned soccer.

Gold, currently involved in three different cycling groups, competes on a national level through the Rad Racing Team, where he placed among some of the best in the country.

Despite his success in competition, the enjoyment and fun of just riding bikes is something far more important to him, and that’s how the Anacortes Mountain Biking Team was founded.

“My mom and a local rider named Kevin Foss worked really hard together to develop this team, a team where we can develop new riders, teach people race strategies if they are interested, or just go out and have fun. We put a lot more emphasis on having fun and finding love in the sport.”

Gold is the co-captain of the cycling team, a role he took on five years ago that he says taught him much about taking charge and directing people.

“Our motto is go out, have fun, and respect the trails,” Gold said. “Our mission as a biking team is to create a lifelong love of cycling, and that’s something I care about, something that drives me to keep my team in order and working hard.”

Gold has worked tirelessly with this team for the past several years, and in conjunction with the Washington Student Cycling League, along with his co-captain.

These skills he intends to use on his final year with the Rhododendron yearbook staff, where he will serve as a co-editor-in-chief.

“It’s been a long road to get to where I am now,” Gold said, “from learning how to manage people and be a leader, to working my way up in my yearbook staff and taking on more and more responsibility, and I’m really looking forward to putting my skills to the test and being challenged.”