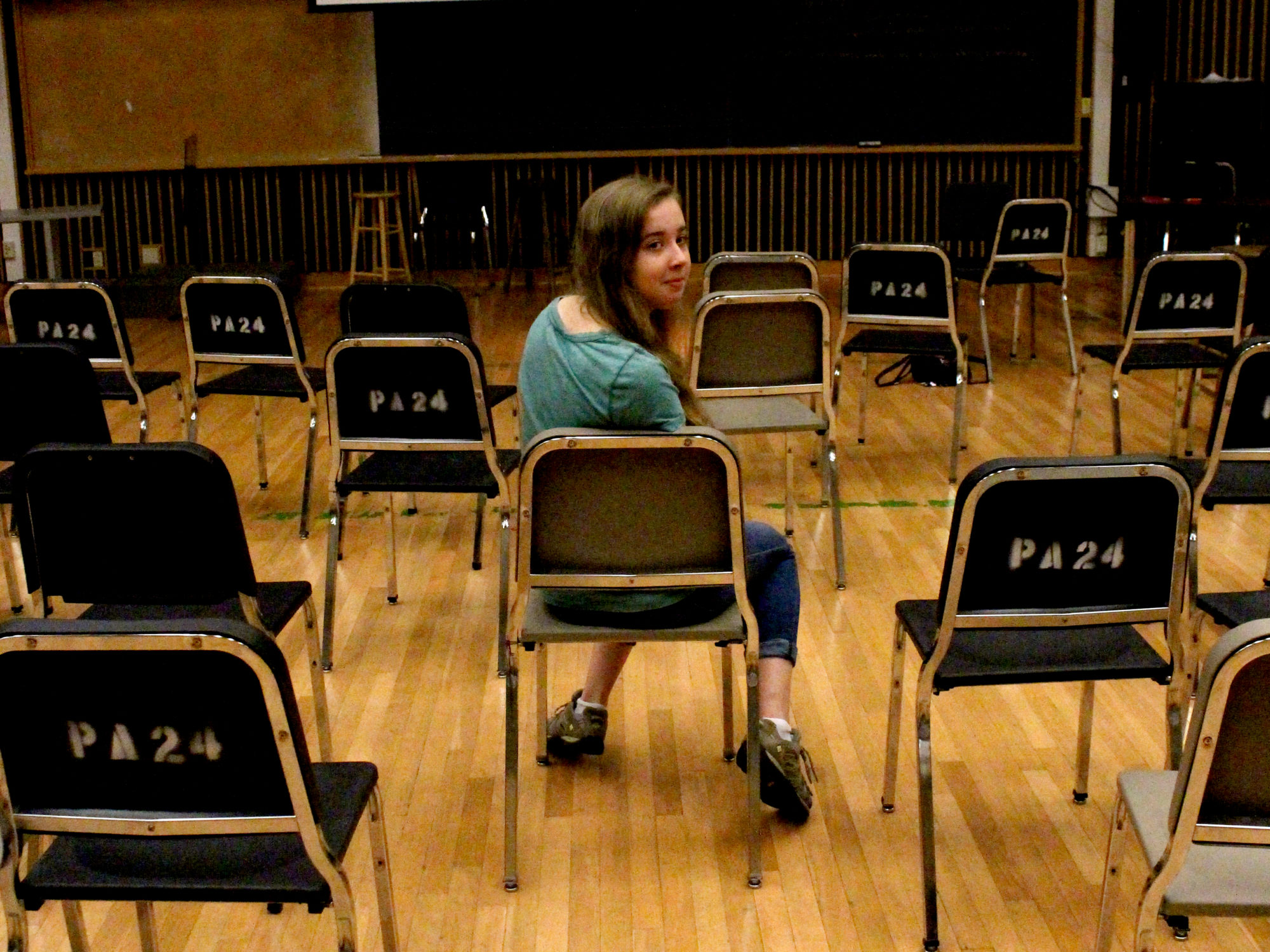 In her slightly sweaty palms and between her denim clad knees, Elsa Wiesinger held a cello for the first time. She didn’t know right away that the cello would become one of her passions and that she would spend hours practicing because in that moment all she was thinking about was what the instrument would sound like and how it would sound when she was playing it. She was so busy worrying about being bad that she forgot to consider that she could be good.

Wiesinger was in fifth grade when she started to play the cello. Now she is a 10th grader at Interlake High School and an accomplished cello player. In eighth grade she won the director’s award at her school for excellence at the cello, and she has improved greatly since the first time she played. Wiesinger has even gone so far as to compose and play her own music.

The music that Wiesinger composes is almost therapeutic for her. “It feels good to be able to produce something, produce a sound I like hearing,” she said.

“It’s very rewarding to be able to make a beautiful sound and express yourself through an instrument.”

Being able to write something and play it on the cello gives Wiesinger a sense of accomplishment and control in her hectic life. This includes Wiesinger’s twin sister, who she often gets in fights with. “We argue because it is hard to share everything with another person, which is kind of what we have to do,” Wiesinger said.

The cello has provided a way for Wiesinger to release many of her frustrations.. “When I get angry it helps me to forget about it and [the cello] also just sounds very nice,” she said.

She also credits the cello with helping her with situations where others are bothering her. “If I get angry at my family sometimes I just go into my room and practice and since they can hear me playing it shows them that it doesn’t affect me as much,” Wiesinger said.

From the fifth grader who laid her hands on a cello for the first time to the girl who plays it with ease and expertise, many things have changed. Playing the cello and performing in front of other people has changed the way Wiesinger overcomes obstacles in her own life.

Her biggest piece of advice: People need to think of their own perceptions and how they may have influenced their feelings about a bad experience, instead of listing all the reasons why the experience was bad. As Wiesinger says, “Sometimes the problem is inside of yourself.”