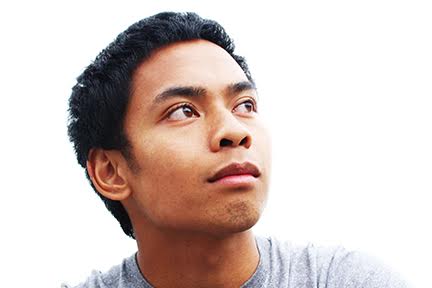 Past Pike Street, across the Jose Rizal Bridge, blood, alcohol and drugs flood the streets of South Seattle where a young Filipino teenager calls it his home.

In a yellow and burgundy house on South Willow Street lived Ronnie Sarmiento Estoque. As times moved, on things got rougher. The house was being sold, which split up the family completely. With his mother mostly out of the picture due to the time she spent taking care of her own mother, Estoque found himself living with his uncle, Romulo Corpuz. He has been living with him now for as long as he can remember. Estoque grew up in the South Seattle area mainly during grade school, middle school and partially for his high school years. Moving back and forth with his uncle over the years was tough for Estoque.

Estoque, now a senior at Cleveland STEM High School lives in Burien. He is a leader on and off the field as a captain of the Cleveland boys ultimate frisbee team and as the editor in chief for Cleveland Publications. While his dance moves may seem like he is a groovy carefree guy, it is truly a facade for his deeper fights. For as long as he can remember, Estoque has grown up in poverty.

“I think my greatest struggle is growing up poor, and still being poor. It motivates me to be successful, because I don’t want to have that struggle to be something that my family has to face later on in the future,” Estoque said. “It’s not something that I want my children to have to go through. I don’t want them to have to face the type of stuff that I have to go through, like being poor.”

He struggled to find himself, and went through many stages of depression at times throughout high school.

“There was a point in my life where I kind of questioned my beliefs. When you’re born you don’t get to choose what type of family you’re born into, and you kinda just question God sometimes, like why was I put in this struggle?” Estoque said.

Estoque sees himself pursuing a journalism career after high school. He has not yet decided where he wants to attend school, but when asked what his plans were, he had this to say:

“I define success by being happy with where my life is going, and the direction of where my career is going to go. I want to do something that’s big. I don’t want to spend my whole life in one certain place, I want to do big things in life. I want to taste success. You don’t usually get to taste that when you come out of the struggle like me. Once I do reach that point, I feel like I’ll be more motivated to go above and beyond.”