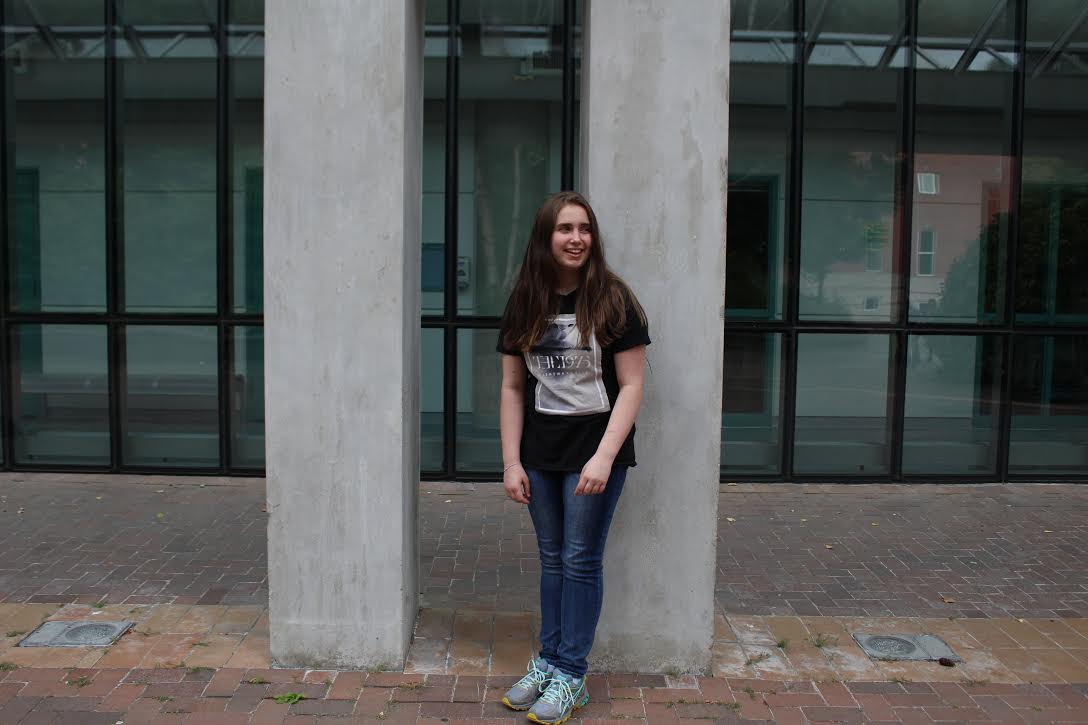 In the late hours of the night, when the stars could be seen through the window shutters, a 3-year-old girl lay on her bed, staring blankly at the pale pink paint that coated her ceiling. Hidden in the shadows of her own room, her parents thought she was asleep.
However, she was wide awake as her parents’ screams drifted down the hallway and through the walls into the confinement of her room.
The little girl with brown hair and big blue eyes, who wasn’t even old enough to comprehend what a divorce was, had to face the reality of it.
At age 3, Jillian Shelton was forced to handle her parents’ divorce and the depression that followed, most likely as a result. Despite the struggles she faced, Shelton turned to music as a window away from reality.
“My parents lied to me a lot, but I could hear them screaming at night so I knew what was going on, in a sense,” Shelton said. “I didn’t quite fully understand what divorce meant until I had to share custody with them, and I had to be at my dad’s house every other weekend.”

Nowadays, 12 years after the split, she lives with her mom in Puyallup during the school year and stays with her dad in central Illinois the entire summer. This upcoming school year, she’ll be establishing her newspaper debut as a sophomore at Rogers High School. Shelton finds solace in reading, writing and punk bands.
This situation has impacted her ability to form relationships and keep in touch with friends, since they aren’t always in the same state as her, she said.
“One of my greatest struggles is letting people get close to me on a personal level,” Shelton said. “Because when it comes to me talking about my feelings, I just shut people out.”
When the topic transitioned from divorce to music, her muffled and distant voice strengthened. Her eyes began to glow a little brighter and she eased into a more comfortable tone.

“I’ve been around it my whole life. I grew up around it, so it’s a comfort thing to me,” Shelton said.

Music helped take Shelton out of the reality she’s living and became a method of coping with her daily struggles.
“I’ve fallen through a few times where my depression hit me really bad, and it was just the thing that kept me sane,” Shelton said.
Shelton struggled to narrow down her top three bands, but decided on Neck Deep, due to their meaningful lyrics, Fall Out Boy and Issues.
“I would say Issues because they are just an amazing band and with everything that goes on in my life, I can listen to one of their songs, even if it’s a sad song, and it would still make me feel better,” Shelton said.
Her passion for music extends beyond just listening. Shelton has been playing viola in her school’s orchestra for five years. Although it took her a moment to decide on a proudest moment, she grinned before explaining it was when she got first chair in orchestra.
Shelton’s life isn’t just defined by her depression and her parents’ divorce, but by her passion for music and its ability to help her escape.
She went from a quiet, young girl, boxed away by four pink walls, to a teenager who speaks volumes by wearing band T-shirts that display her favorite artists.
And thanks to the music, she can now sleep at night.